So after a short fiddle with me Wacom pen and a few reference pixels I think I’ve sussed it. 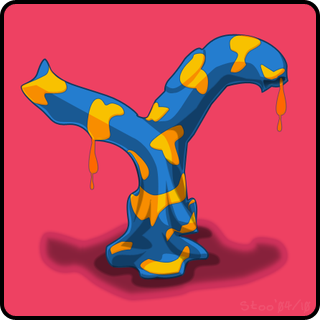 Not only does the new version look clean and crisp it is also totally resolution independent meaning I could use it on the iPhone version too if need be. Niiiice!!!

What? No... Surely not.. Oh yess indeedy deedy dee...
A little test anim to pass the time today

Now if only MK was vectorised!

It's certainly on my 'to do' list as I really like the character design I did for the original game. Would look rather nice as a proper illustration I reckon.